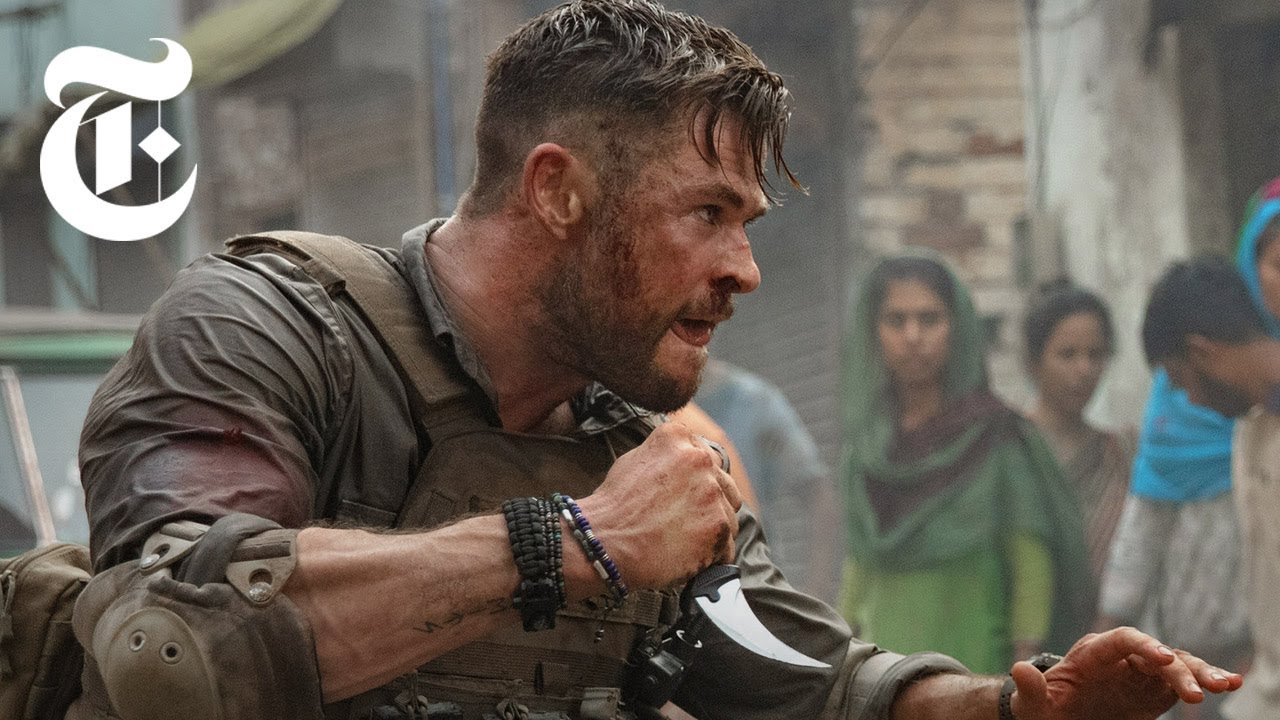 When a Hollywood stunt coordinator sets out to direct his first feature, he knows that the stunts had better be great. Sam Hargrave aimed to make it so by bringing the camera along for the wild ride in his Netflix thriller “Extraction,” starring Chris Hemsworth as a mercenary tasked with rescuing the kidnapped son of a crime lord.

This scene has Hemsworth, as Tyler Rake, trying to protect the boy, Ovi (Rudhraksh Jaiswal), from one of the movie’s many baddies, Saju (Randeep Hooda). It ain’t easy. The characters hop across rooftops, weave through narrow apartment hallways and conduct a knife fight in street traffic. The sequence, with some clever stitches, is meant to play out as one continuous shot, “1917”-style.

In his narration, Hargrave discusses not just directing, but also serving as the camera operator for these kinetic bits. He was attached to a wire as he leapt across buildings with his stunt doubles, then jumped from a balcony with them as well, all while trying not to miss the shot.

Read the NYT review:
Subscribe:
More from The New York Times Video:
———-
Whether it’s reporting on conflicts abroad and political divisions at home, or covering the latest style trends and scientific developments, New York Times video journalists provide a revealing and unforgettable view of the world. It’s all the news that’s fit to watch.