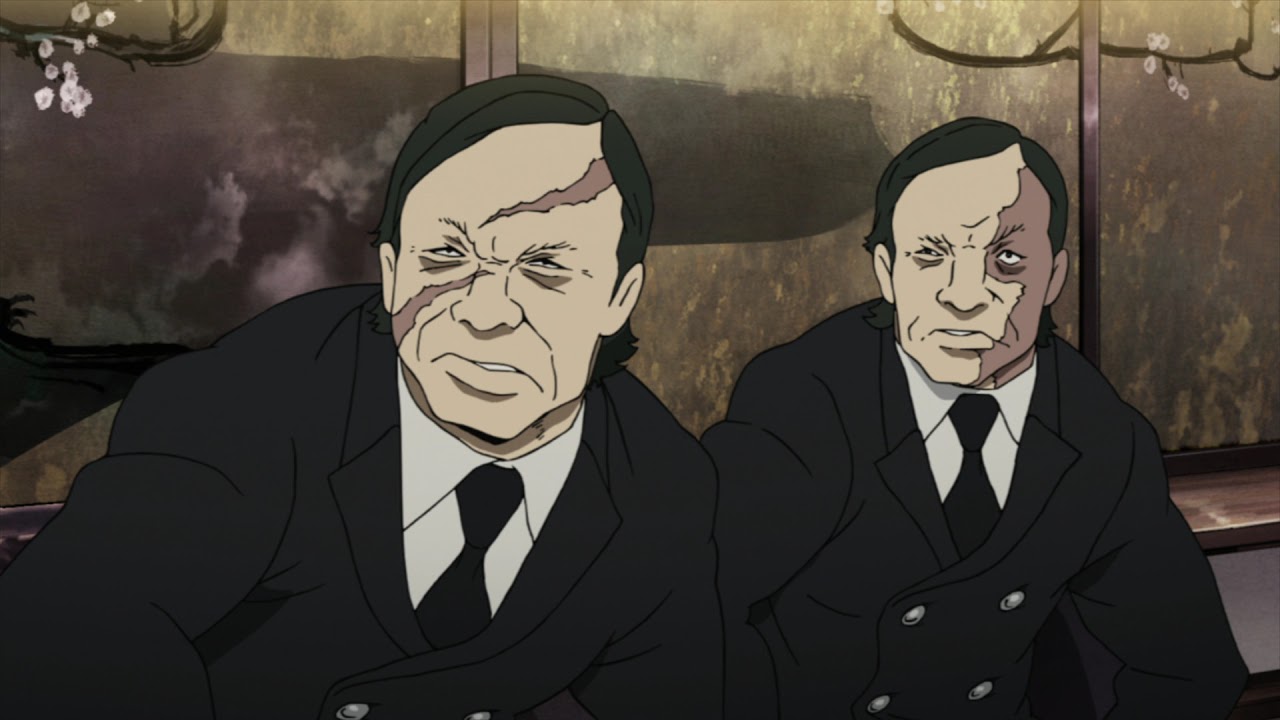 On a luxury gambling ship owned by the Yakuza family of the Steel Dragons… Young Goemon, hired as a body guard, saves the mob boss almost being shot by a rivaling family. However, soon after the ordeal, there is a huge explosion on the ship and the boss loses his life. The cause of the explosion was a mysterious large man, armed with 2 axes. Goemon tries to go after him, but the man tosses a boat and himself into the sea escaping from Goemon. Lupin, Jigen and Fujiko, who were on their way to leave the boat after robbing a room full of earnings, witness the scene and Fujko recognizes the man;”The Ghost of Bermuda”. Legend has it that he slay an army of 2000 men alone, known as Hawk. But, he has been confirmed dead in war 20 years ago. Why is he alive and why is he in Japan? Inspector Zenigata traces Hawk’s footsteps, and to avenge the Boss, Goemon goes after Hawk as well.